Many women throughout history have set out on their own to share the gospel with people in countries where they have never heard about God’s saving grace through Jesus Christ.

Here are the stories of three women missionaries who strongly sensed God’s calling to “go.” They persevered when faced with challenging situations to follow through on their calling. Often their paths were filled with what seemed like impossible hurdles to cross and overcome, yet, with determination, each one faithfully pursued their vision and mission.

We can draw encouragement from them for our own journeys, whether they take us into the mission field across the world, or in sharing Jesus’ love within our own communities and families.

These women exhibited Christ-like selflessness and obedience, often giving up much comfort in their personal situations, living frugally and in hardship. Courageous in the face of difficulties, they have made a difference to the lives of many, giving people across the world the opportunity to hear the Good News of Jesus Christ.

Gladys Aylward was born in London in 1902. She grew up in a small, happy family and her father was a postal worker. Gladys left school at age fourteen and worked in domestic service as a maid.

God, however, worked in her life during her teenage years and she responded to His call to give her life to Him. By her late twenties, she sensed God calling her to China. Gladys began training with the China Inland Mission, however, she failed to pass the examination requirements of the mission, and was also told she was too old to learn the Chinese language.

Determined to get to China somehow, Gladys began saving what little money she could for the journey. Eventually, she learned of another older female missionary, Jeannie Lawson, looking for a younger woman to help in her work in China. Gladys set out to join her. However, with limited funds she was unable to purchase boat fare to China. Instead, she traveled the arduous and dangerous journey alone on the Trans-Siberian Railway. With many setbacks she eventually arrived in Yancheng.

The two women set to work converting their run-down home into an inn for mule trains. However, the local people were suspicious of foreigners. So, Gladys had the job of persuading the head mule to turn into their courtyard so that the men had no choice but to follow. They gave food and lodging to the men and animals, and in the evening shared stories from the Bible with them.

Jeannie Lawson died, but Gladys’ work in China was only just beginning. She continued running the inn, but also took on other responsibilities. With the practice of foot binding being prohibited, Gladys was chosen by the local mandarin to go into homes and ensure the custom was not being followed. At another time, she was asked to intervene in a prison riot, which eventually led to prison reform.

In 1936 Gladys became a naturalized Chinese citizen. From being a “foreign devil,” she became known as Ai-weh-deh which means “Virtuous One.”

War broke out between China and Japan in 1937, but Gladys refused to leave. As the enemy approached, Gladys learned that a reward had been offered for her capture, dead or alive, for her work with Chinese Intelligence. Only then did Gladys decide to flee for safety. However, she was not on her own. Gladys had been taking in orphaned and neglected children to live with her at the inn; she set out with 100 children to reach Sian. With very little belongings and only the smallest amount of food and water, they walked for nearly a month across the mountains, and miraculously found a Chinese patrol to help them safely cross the Yellow River.

In 1947, Gladys returned to England. She then attempted to return to China in 1957, but when she was refused entry, she moved to Taiwan where she founded the Gladys Aylward Orphanage and stayed until her death in 1970.

Her autobiography can be found in Gladys Aylward: The Little Woman.

Amy Carmichael was born in Ireland in 1867, not far from Belfast. She was the eldest of seven children and said to be impulsive, headstrong, and tomboyish. As a teenager, she attended a Wesleyan Methodist girls boarding school in England. However, when her father died in 1885, while she was still in her teens, Amy was taken under the wings of Robert Wilson, one of the pioneers of the Keswick Conventions in England, who had lost his daughter. Amy went to live with Wilson’s family.

Through the Keswick Conventions, Amy received her calling to be a missionary in 1892. However, her missionary career started erratically. The China Inland Mission declined her for health reasons. Then in March 1893 she “simply set off” for Japan. After a short time in the country, she left for health reasons, also deciding God had called her to Sri Lanka, then called Ceylon. Her time in Ceylon was even shorter as she received news that Robert Wilson had suffered a stroke and so she returned home.

Eventually in 1895 an opportunity came with an Anglican mission, the Church of England Zenana Missionary Society. And so, Amy set off for southern India. This would become her home for more than fifty-five years.

Amy’s passion became the treatment of women and children trapped in temple prostitution, and infant and child marriage.

In 1901, Amy began caring for her first child and the Dohnavur Fellowship was founded. Here, Amy became known as Amma which means “mother” in Tamil, the language that Amy learned and mastered. By 1904, there were seventeen children under her care.

In 1931, Amy fell and broke her leg. Her health never fully recovered, but she lived for another twenty years and during this time wrote thirteen books, adding to books she had already written, one of which was Things As They Are: Mission Work in Southern India created from her letters in which she wrote about the harsh realities of being a missionary. With worsening health and another fall, Amy died on January 18, 1951, aged 83.

The Dohnavur Fellowship still exists today, as a home for “at risk” rescued children. Nowadays, children are rescued from difficult situations and referred by government agencies to be admitted into the home.

Amy’s story is written about by another courageous woman missionary, Elisabeth Elliott, in her book A Chance to Die: The Life and Legacy of Amy Carmichael.

Faye Edgerton was born in Nebraska in 1889. She grew up in the Presbyterian church and as a child and teenager lived without a care in the world.

She moved to Chicago to study music, but became sick with scarlet fever, which for a while left her completely deaf. Although her hearing recovered, this incident changed the trajectory of her life. She decided to attend Moody Bible Institute to train as a missionary.

In 1918, Faye went to Korea with the American Presbyterian Mission, studying Korean on the journey there. However, she lived there for only four years, until 1922, when she returned to America due to ill health.

Faye moved to teach at a school in Arizona on a Navajo reservation, as the weather in that area was believed to be better for her health. There she discovered that children were required to speak in English rather than their native Navajo. She longed to speak to them in their native language. Faye also believed the Navajo people needed the Bible in their own language so they could fully understand God’s Word within their own cultural setting. It was here she realized that God had called her to work.

In 1944 she joined Wycliffe Bible Translators and set about mastering the Navajo language. She immersed herself in the culture, living amongst the people on a reservation in New Mexico. God had answered her prayer to live where no English was spoken. She painstakingly studied the language. Then, alongside teaching, came her first opportunity to translate Scripture, beginning with the Gospel of Mark.

Translation took long hours and extensive research, particularly in the original Greek, not only to make sure the grammar was correct but also to include concepts familiar to and understood within the Navajo language and culture.

After ten years, the New Testament in Navajo was complete. Concern that the Navajo people would either not buy the New Testament or could not afford it were immediately put to rest. The first edition sold 2,500 copies in five months. By the end of 1967, it had been reprinted seven times.

Faye then proceeded to work on the translation of Old Testament books and the Psalms into Navajo, overseeing the work of other translators. Faye then moved to live with the Apache and translated the Apache New Testament.

At age 77, Kaye moved to Alaska to work with translators on the Inupiat New Testament. She continued working on translating up to her death in 1968.

Faye Edgerton’s story is written about in the book God Speaks Navajo.

Biographical Sketches of Memorable Christians of the Past
Encyclopedia.com 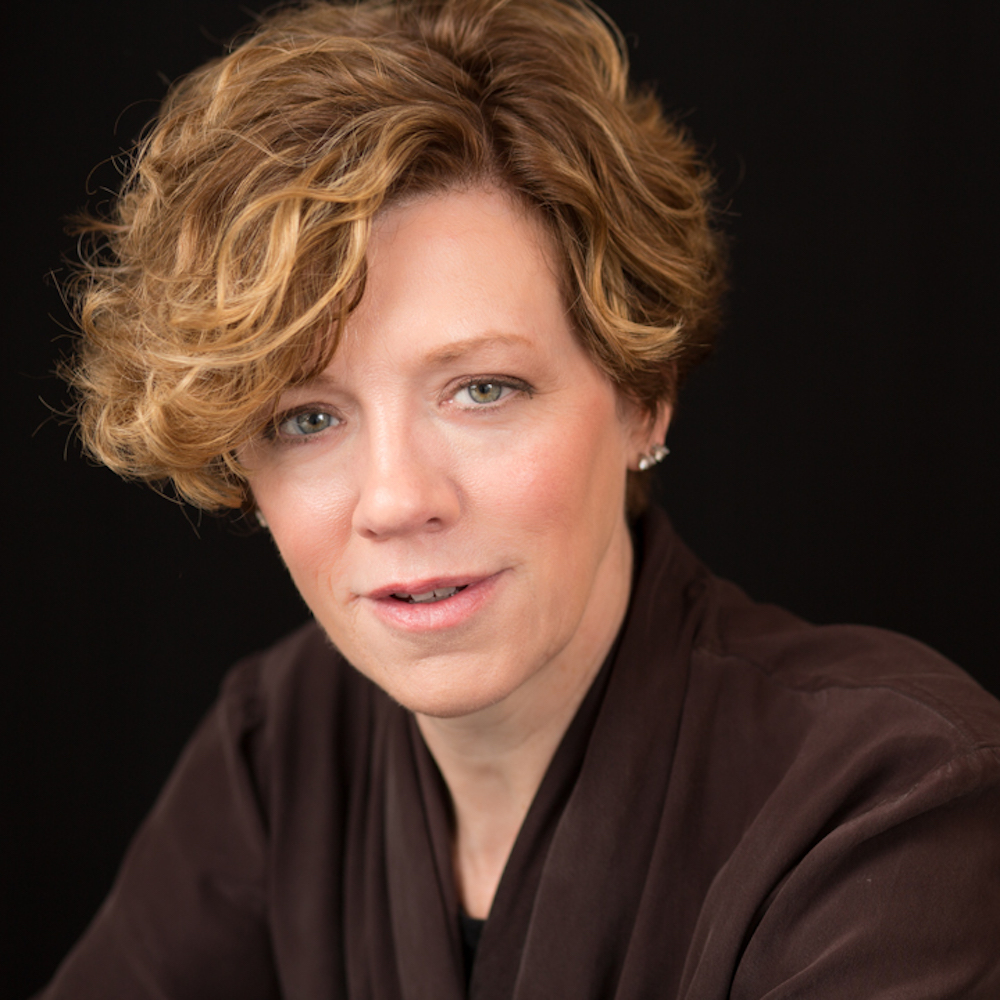 Rachel Britton is a British-born writer, author, and speaker whose passion is to help others become comfortable and confident in their conversation with God. Rachel holds a Masters in Religion from Gordon-Conwell Theological Seminary. Her blog “Praying Naturally” offers an extensive library of free prayer resources to help you deepen and develop your prayer life. Rachel is wife to Colin and mom to three young adults. She cannot live without a mug of English tea. Connect with Rachel on Facebook.

This content first appeared on BibleStudyTools.com and is used here with permission. To view the original visit: https://www.biblestudytools.com/bible-study/topical-studies/3-incredible-stories-from-women-in-missions.html