Where Does the Bible Say Thou Shalt Not Kill?

God handed down 10 commandments to Moses to give to the children of Israel in the Old Testament. These commandments are still good today and recognized by people of all faiths. You can read Exodus 20 to get a good understanding of the commandments. God is a holy God. God is a God of order and he has laws that we need to live by while on earth.

God gave these laws to Israel because He made a covenant with Abraham, and the laws would help them be the people He wanted them to be. They were a kingdom of priests, a holy nation. These laws are to help the believer be like God. God understands that men and women are frail and cannot keep all His laws. That is why He sent Jesus to be a sacrifice for humanity.

However, God understood about the time of war and that loss of life would occur. Israel had many enemies and had to go to war to obtain or protect what God had given them. I believe that we will be judged based on our interpretation of the law. That is why God calls apostles, pastors, teachers, prophets, and evangelists to perfect the saints and educate us about the law.

You can read the Bible and come back months later to the same passage and get a better understanding and even a different interpretation. God, being merciful, is quick to forgive. All you must do is ask for forgiveness.

Exodus 20:13 says, “thou shalt not kill.” I interpret this to mean human life. Are there people in heaven who have killed people? I believe that there are. Still, God does not want us to act like some TV show characters who go out and kill people without flinching or for sport. He wants us to cherish life because it is a gift. A disciplined person does not run around taking the law into their own hands. Society has rules, and God has rules.

Does Thou Shalt Not Kill Apply to Abortion?

I do believe that a woman has the right to decide about what she does with her body, and young people should receive the correction about their bodies. Contraceptives, when used regularly, can prevent women from unwanted pregnancies. I cannot speak for a woman who has been raped or a doctor who needs to decide about saving a woman’s life. God is a merciful God who meets us at the point of our need and is concerned about our wellbeing.

Unfortunately, I have seen a videotape of the abortion process, and it is disheartening to watch a fetus fleeing from a needle intended to take its life. I don’t know if Planned Parenthood shares this information. I also am not sure how a person feels after an abortion. I, for one, would not be a good candidate for an abortion because I am very conscientious, and I am sure it would haunt me.

The recent overturn of Roe V. Wade now forces people to plan their lives differently. I hope it motivates women to take charge of their bodies by finding a consistent form of birth control. Many couples also use contraceptives to limit the number of children that they will raise. That is their business. What we also need to understand is that God gives us free will. It is important to make sober decisions and be informed correctly.

Unfortunately, it appears that women of color are more likely to have abortions than other women. Why is that? We also discuss which group is the fastest growing in the United States. If they are the fastest-growing, then that group of people is probably not having as many abortions. Women… we have been hoodwinked, bamboozled, and led astray when it comes to abortion.

There have been nearly sixty-five million abortions since Roe V Wade. Every year, we search for cures for deadly diseases, cancer, AIDS, and the like. I wonder what America lost and how much time we wasted on cures because 65 million lives were cut off before they started. I know people’s backs have been up against the wall. I get it. I also get that I had to decide as an 18-year-old that I would put myself on the pill and try and wait until marriage to have a baby.

I am the product of a young mother and a young father who were not married. My grandmother raised me because she told me that my Mom didn’t know what she was doing and that she would raise me. I guess because my Mom was 18 or 19, and I was her first child. My grandmother had raised several of her children and some of her grandchildren. It seemed like she helped raise other people’s children for brief periods when they needed help.

She also told me that I could discuss things with her when she saw me maturing and when I came to the age where I could bear children. She had my cousin give me the talk—I guess because my cousin was in college, and she felt I would probably listen since my cousin was a few years older than me. As a young person, I sat there thinking I already knew what they were talking about. But, it was a necessary conversation. My grandmother also made it clear that if something happened and I got pregnant, I should come to her, and we would raise that baby. That was by no means a license to go out and get pregnant, but I would not be alone if something were to happen.

Too many times, parents fail to have “the talk” with their young girls and young men. I focus more so on the young girls because they are the ones who will carry the baby, and the young man will be wherever he wants to be. It’s worth the investment to open up the lines of communication. I also try to educate women not to let men who are not serious about them take up space if their goals are not family-oriented or not what the women are seeking. God has definitely looked out for me and taken care of me through my decisions.

What Else Does the Bible Say about Valuing Life?

Many scriptures in the Bible encourage us to value life. Man, woman, boy, and girl are special to God. Genesis 1:27 tells us, “God created man in his own image, in the image of God created he him; male and female created he them.” Psalms 127:3 says that “children are a heritage of God, and the fruit of the womb is his reward.” Jeremiah 1:5 says, “before I formed thee in the belly I knew thee; and before thou camest forth out of the womb I sanctified thee, and I ordained thee a prophet unto the nations.” We are valuable to God. God tells us that we are more than the value of many sparrows. He knows even the number of hairs we have on our heads (Luke 12:6-8).

What Does the Bible Say about Abortion?

What Is the Christian Perspective on Roe V. Wade?

Whatever Happened to Jane Roe? 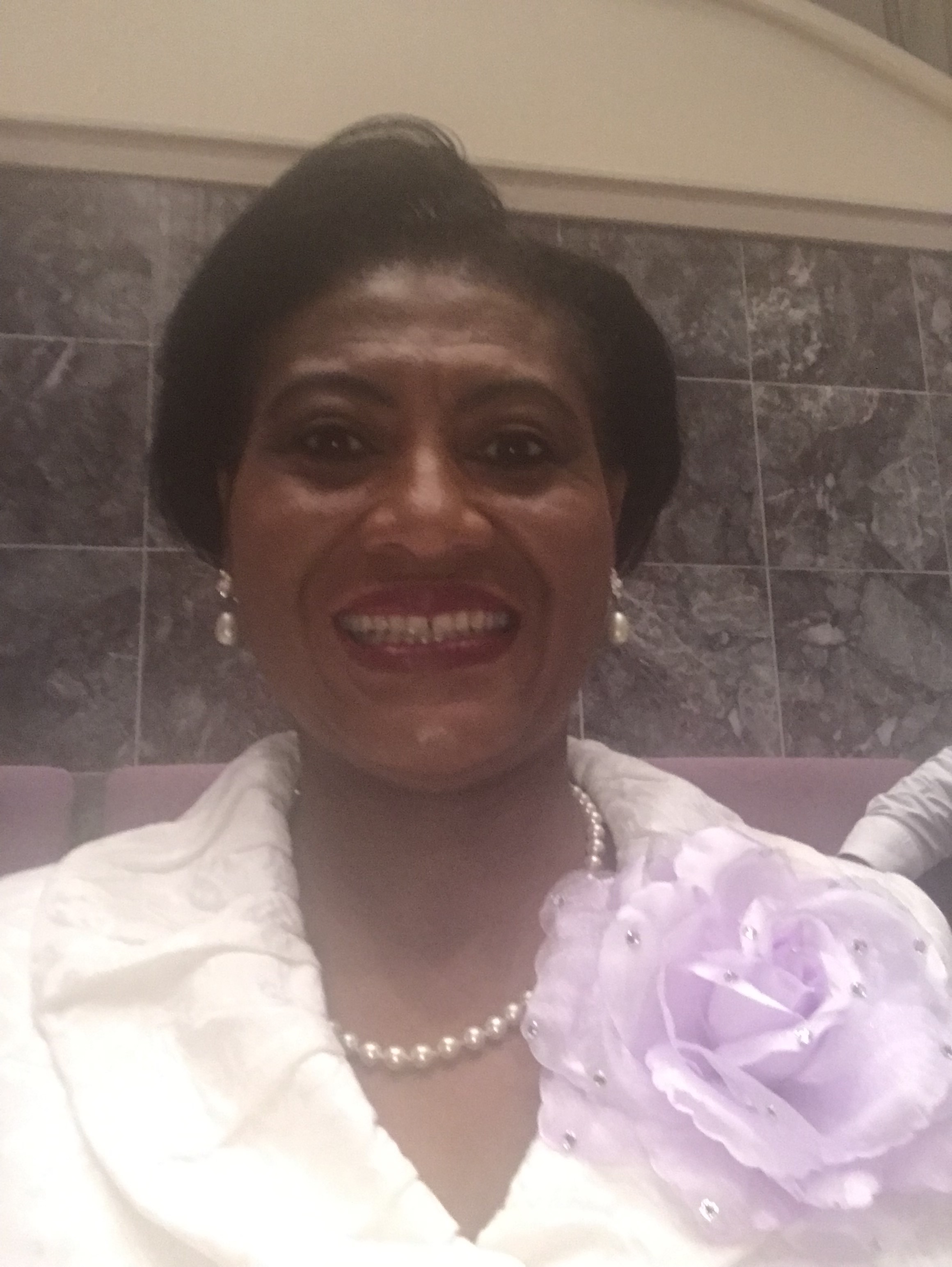 Dr. Sandra Hamer Smith is a Christian and wife to Sylvester Smith. She has one stepson, Greg. Smith lives and resides in Memphis, Tennessee. The University of Memphis alumnae has been in education for about 20 years after receiving the call to teach. Dr. Smith primarily teaches language arts. Prior to education, she worked in local and national television news for 13 years including positions as an overnight news anchor, reporter, and assignments editor at two local network affiliate stations. Smith was also a freelance correspondent for BET news. Dr. Smith has freelanced for the Tri-State Defender newspaper and Contempora magazine.  She is the author of the self-published novel GLORY…THE HAIR.  Smith is also a playwright and poet. The Tennessee native is a member of Temple of Deliverance COGIC, Delta Sigma Theta Sorority Inc, Omicron Delta Kappa, The Golden Key International Honour Society, and Kappa Delta Pi.

This article is part of our larger resource library of Christian questions important to the Christian faith. From core beliefs to what the Bible says about angels, we want to provide easy to read and understand articles that answer your questions about Christian living.

What Do Christians Believe?
How Old Is the Earth?
Who Is My Neighbor in the Bible?
What Does God Look Like?
Are Guardian Angels Real?
What Does it Mean to Be Zealous for God?

This content first appeared on Crosswalk.com and is used here with permission. To view the original visit: https://www.crosswalk.com/faith/women/does-thou-shalt-not-kill-apply-to-abortion.html

A Prayer for Faith - Your Daily Prayer - August 16