When I was young, I thought that everything and everyone in the Bible was perfect. I would touch the Bible and be almost afraid to open and read it. What marvels were these people doing?

Of course, as I got older and began studying the Word of God, I saw the reality: That the people were in the Bible because they weren’t perfect! They were just like you and me, flawed and carrying lots of baggage.

As a Life Coach, I’m usually working with women who want a new start after coming out of a bad marriage. So, I began to study married couples throughout the Bible and came up with some good and some pretty bad.

Why compare them? Because we need to see what the bad marriages did or didn’t do right and then see what a good, healthy marriage does to keep it vibrant and going strong.

The Marriage of Ahab and Jezebel

Surely there was no one like Ahab who sold himself to do evil in the sight of the LORD, because Jezebel his wife incited him. I Kings 21:25

Ahab and Jezebel are generally known as some of the worst people who ever lived. In fact, the Bible says in 1 Kings 16:30 that King Ahab “did more evil in the eyes of the Lord than any king of Israel before him.”

King Ahab, an Israelite king, married Jezebel who was the daughter of Ethbaal, king of the Phoenicians. They served as leaders of the northern kingdom of Israel during a time of much evil in the land. Because of her background, Ahab became involved in worshipping Baal, the god of her people.

By opposing the worship of the Hebrew God, neglecting the rights and well-being of her subjects, and challenging the great prophets Elijah and Elisha, Jezebel prompted the internal conflict that plagued Israel for decades.

Jezebel began her reign of evil by trying to destroy God’s prophets. Obadiah, a God-fearing officer in Ahab’s court, tried to save these prophets. He hid a hundred of God’s prophets in caves.

During this time, Elijah was the prophet in Israel. This was the prophet who had prayed for a three-and-a-half-year drought because of the wickedness of the nation and its leaders.

Ahab hated Elijah for bringing the drought but Jezebel more so because of what Elijah did to her prophets of Baal. Elijah had killed them at Mr. Carmel (I Kings 18) after he had a contest between their god and the God of Israel.

This is one of my favorite stories in the Bible: Elijah told them to make an altar of wood and whoever god could bring down fire upon this altar would be the true god. The Baal prophets cried and cut themselves and prayed for hours but of course nothing happened.

Then Elijah walked up to the altar, poured water over the dry wood, and then prayed to God.

Fire came down from heaven! And Elijah defeated them all. Jezebel was furious and issued a death threat against him.

The next evil action she did was to plot against Naboth, the innocent owner of a vineyard that Ahab coveted. She had Naboth killed so the king could confiscate his land. She prodded her husband into many other wicked acts besides: “There was none who sold himself to do what was evil in the sight of the Lord like Ahab, whom Jezebel his wife incited” (I Kings 21:25).

What we should learn from this marriage is that evil is catching! First, Ahab knew from God’s instructions to the nation of Israel to have “no other gods before me.”

However, Ahab left God for his wife’s god’s--which led him away from the God of truth and direction. Then, both Ahab and Jezebel created evil against their people with the full knowledge of their actions known by their spouse.

This is where Ahab, as the supposed leader of their marriage, should have stood up. If he had protected his subjects from his wife’s evil intentions, the future would have turned out much differently.

However, Ahab turned against his God, turned toward her god’s and evil, destruction, and terror spread throughout their kingdom. Even the prophet Elijah prophesied how they would die: Jezebel was pushed from a balcony and the dogs ate her remains and Ahab died in battle.

In fact, Jezebel had such an evil reputation that to this day, a person may be called a “Jezebel” which infers a very bad person or action. And neither one seemed at all troubled by their actions nor did they want to follow the God of the Israelites. They are truly a poor example of what marriage should be.

What Should This Teach Us?

One point to understand is a bad marriage doesn’t just happen overnight. There are many small decisions and actions that may lead to this point. Look at your marriage and see if there are any compromises or decisions you are making that are not following what God’s will would be.

Have you stopped spending time around other Christians at church, your home, Bible studies or Life Groups? Have you stopped having quiet times or praying together? Are you quick to forgive your spouse? Do you show love to him in little ways? Becoming a bad marriage is a slippery slope: We think we are the same but a few wrong decisions can alter the future. 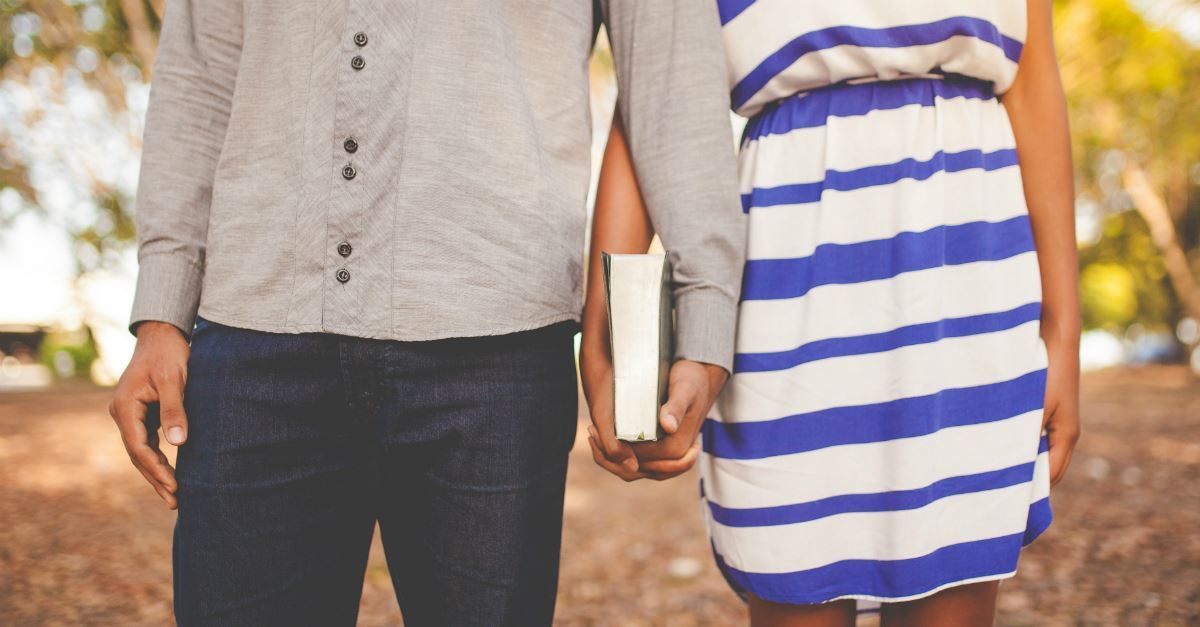 The Marriage of Mary and Joseph

The marriage of Mary and Joseph, parents of Jesus, is one of my favorite couples. The Bible shows they were both God-fearing people and because of that, God blessed them with great favor.

They were able to accomplish God’s plan together by fearing and obeying Him.

A good marriage involves two imperfect people who submit to God and His will. When this happens, a marriage can blossom!

Mary was a godly woman. When the angel Gabriel had told her she would conceive and bear God’s son, instead of reacting negatively instead replied with a positive yes, “Behold, the bondslave of the Lord; be it done to me according to your word.”

She was aware that for the rest of her life, her reputation would be stained. She also knew without question that if she became pregnant before she was married, she could be stoned for adultery. She also knew she might lose the man she loves, Joseph.

But she trusted in God anyway.

Joseph was also a godly person. His love for Mary was so great that he decided not to make her a public spectacle or have her stoned. But God in His great mercy, sent the angel to explain to Joseph that Mary had been faithful, not to divorce her but to marry her.

God works in the hearts of His children! Joseph trusted his God as well as Mary.

Trust is the foundational rock for any marriage. Joseph also took a stand as the leader for their marriage. God continued to give him instructions and Joseph obeyed them. He was charged with protecting Jesus from Herod’s wrath and quickly moved his family to Egypt.

Loving someone is proven in action. Joseph proved his love for Mary by respecting, protecting, and marrying her. They supported each other when evil came towards them.

This God-fearing couple shared in both the good and bad times for the sake of God. To share the same faith as our spouse, and to be willing to commit to Christ and to each other, is a beautiful example of a good marriage.

What Should This Teach Us?

Are you a team player with your spouse? Do you both seek God’s direction and work out problems together? Do you quickly forgive him, and do you show your love in countless ways each day?

My prayer for you is to be honest with your own actions. What can you contribute to your marriage? Is your marriage going down a bad path or up a good one?

Pray and ask God to heal you and your marriage so you will be an example to others just as Mary and Joseph have been.

Related Resource: Listen to our new, FREE podcast on marriage: Team Us. The best marriages have a teamwork mentality. Find practical, realistic ideas for strengthening your marriage. Listen to an episode here, and then head over to LifeAudio.com to check out all of our episodes:

Lane Jordan Burday is a best-selling author, writer, international motivational and inspirational speaker, singer, artist, Bible teacher, and professional life coach. She lives in Frisco, Texas with her husband who partners with her in ministry and waits impatiently for daughters and granddaughter to visit!  Lane’s desire is to encourage, support, and motivate women of all ages to be better wives, mothers, and women of God by organizing their lives and time. You can find her at www.LaneJordanMinistries.com and her blog at www.PathwaysToOrganization.com. 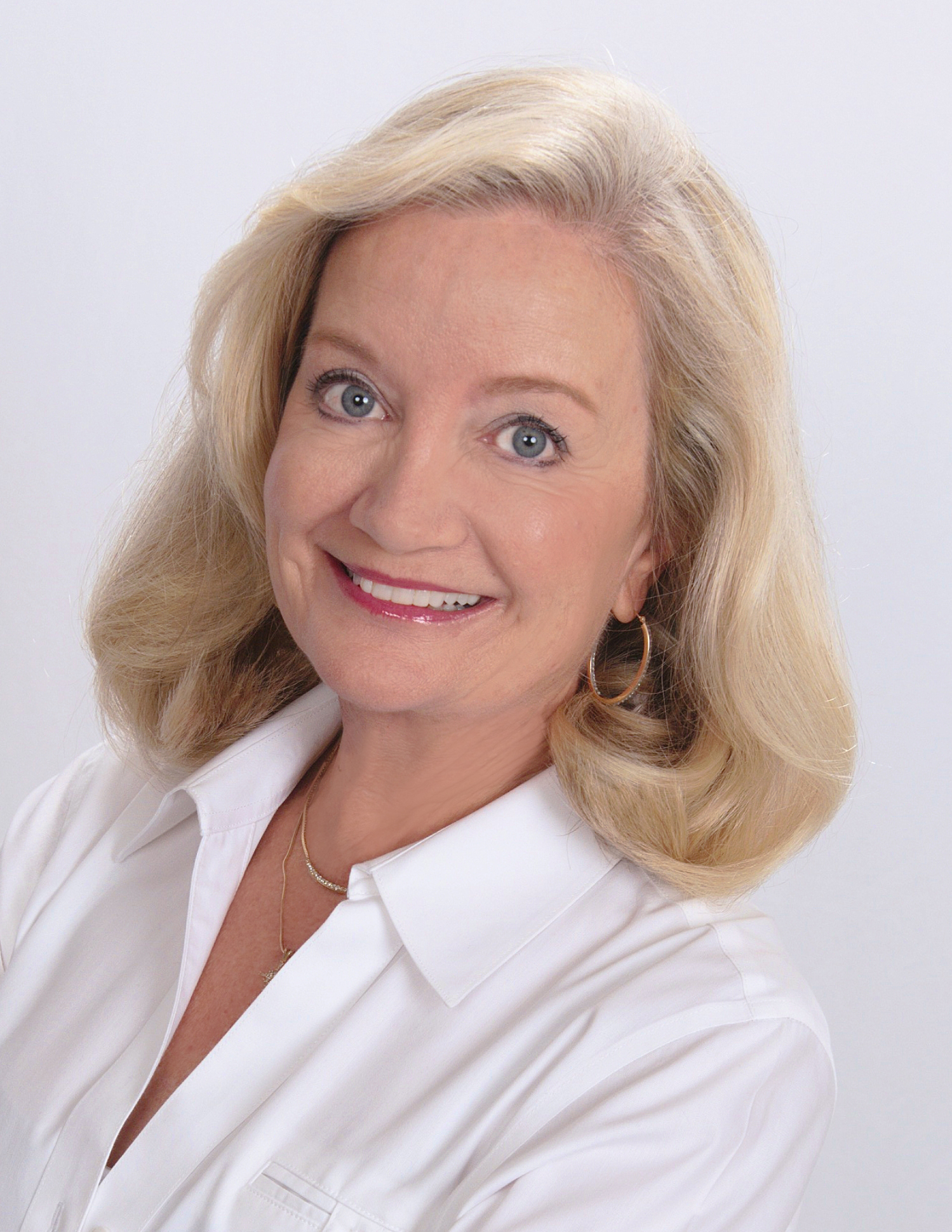 Lane Jordan Burday is a writer, best-selling author, international motivational and inspirational speaker, singer, artist, Bible teacher, and professional life coach. She lives in Frisco, Texas with her husband who partners with her in ministry and waits impatiently for daughters and granddaughter to visit!  Lane’s desire is to encourage, support, and motivate women of all ages to be better wives, mothers, and women of God by organizing their lives and time. You can find her at: www.LaneJordanMinistries.com  and her blog at www.PathwaysToOrganization.com.

This content first appeared on Crosswalk.com and is used here with permission. To view the original visit: https://www.crosswalk.com/family/marriage/the-good-the-bad-and-the-ugly-a-comparison-of-biblical-couples.html