Dear Roger,
A friend of mine criticized me for some decisions that I’ve made. I believe it is none of his business. However, he is a really good friend, so I am not sure what to do. Should I ignore what he said and not worry about it? Should I feel guilty? Should I defend myself? How should I respond?
Sincerely, Zeke

I’ll be glad to help.

Let’s begin with an Arabic Proverb: “If a person calls you a donkey, pay no attention to him. But if three people call you a donkey, go out and buy yourself a saddle.”

No one enjoys criticism; but healthy, wise criticism is one of the best things that can happen to us. Proverbs teaches, “Whoever loves discipline loves knowledge, but he who hates correction is stupid” (12:1).

Julie and I were preparing to move from Dallas to Tucson in order to pastor my first full-time church. Several days before we left, a friend shared with me some words of wisdom. I seem to need them often.

He said, “There are people in your church who are quite willing to give you the benefit of the slop.” Over the years, I’ve experienced more criticism than you can imagine … especially from those my wife and I have served together. And if I’ve learned one truth, it’s this: giving and receiving criticism well is an art.

I want to share six general principles to keep in mind about criticism. Then, I’ll give you a seven-step checklist to guide you when you experience criticism.

1. Words are powerful things. Be careful what you say and how you say it.

We’ve all heard the phrase, “Sticks and stones may break my bones, but words will never hurt me.” No! That statement is a lie! Never! That’s not how it works.

Mastering your tongue—thinking before you speak—is a difficult discipline. But allowing your tongue to master you will only bring sorrow and pain to you and those you love.

2. You may not know as much about what is going on as you think you do.

“Like an earring of gold or an ornament of fine gold is a wise man's rebuke to a listening ear. (Proverbs 25:12)

Near the American Airlines ticket counter at Chicago's O'Hare Airport is a Mrs. Field’s Cookies shop. A woman with a long layover bought a half-dozen cookies to munch on. She sat down at one of the tables and began to eat her cookies. Then, she decided to get a newspaper. She returned to her table and began to read.

Presently she heard a rattle and looked up from her paper just in time to see a disheveled, long-haired young man reach into the bag, remove a cookie, and begin to munch on it.

She was furious. The gall of the young man! She glared at him and then reached into the bag and pulled out a cookie and ate it while he watched. She returned to her paper.

Presently, the bag rattled again. She put down her paper and saw his hand in the bag again. She was furious! Should she call the police? Should she cry out and admonish him? She gave him a stare of utter disgust and contempt. She reached in the bag and took another cookie. And she ate it. There was only one left. She wanted it.

But then, the young man looked around rather sheepishly and took the last cookie. Finally, he broke the cookie and handed half of it to her. She was outraged. She picked up her purse, gathered up her newspaper, and stomped down to her gate. She sat fuming until her flight was called to board. She opened her purse to get her airline ticket, and there on top was her bag of Mrs. Field’s cookies.

Pay attention to the context of every situation before you react.

“Like a lame man’s legs which hang worthless is a proverb in the mouth of the fool.” (Psalm 26:7)

You can choose whom you allow to speak into your life.

Let me say that again. You can choose whom you allow to speak into your life.

I have to admit that is one of the most difficult lessons I had to learn as a young pastor. I thought that I had to listen and respond to every critique and criticism that came my way—regardless of the person offering it. And it was exhausting. Worse, I made poor decisions based on unwise or even malicious criticism by untrustworthy people.

I reached a point of burnout. Nothing drains you quite like unwise criticism! A wise therapist told me that I could pick and choose who I paid attention to and who I responded to… a revolutionary idea! Applying that truth changed my life. 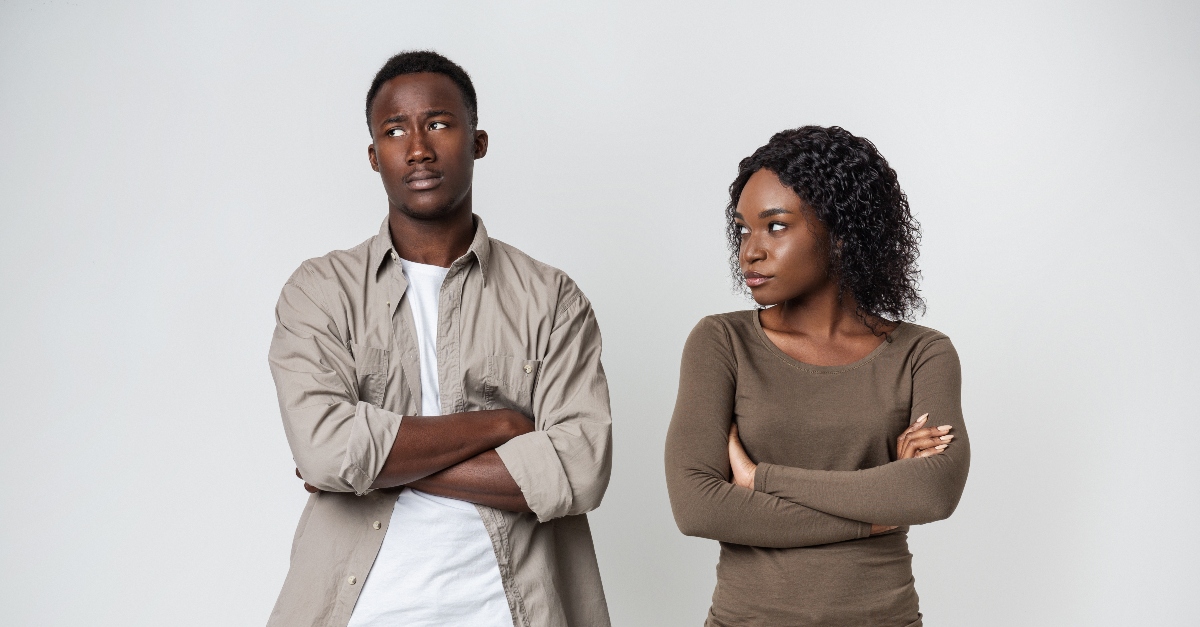 4. You don’t have to suffer abusive criticism.

“He who corrects a scoffer gets himself abuse, and he who approves a wicked man incurs injury.” (Proverbs 9:7)

One day I was on the telephone with a woman who was quite irate. In fact, she was shouting and began calling me names as she began telling me all the things that she didn’t like about the church and me.

I don’t stand there anymore and think that I have a divine responsibility to endure that sort of verbal attack. I tell the abuser, “When you can talk to me like a normal adult, instead of like a three-year-old, let me know. Then, we can finish this conversation. Otherwise, I’m going to hang up.”

Then, I do so, if necessary.

“A gentle tongue is a tree of life, but perverseness in it breaks the spirit.” (Proverbs 15:5)

After one sermon, a man was excited as he told me how much his mother-in-law was pleased with the service. “I am so glad,” I said.

“No, you don’t understand, you have pleased the unpleasable!”

Once upon a time, I was leading a church elder meeting when one of our elders got up and walked around the table until he stood directly behind me. He proceeded to criticize many of the decisions that I had made over the years. He concluded that I was unfit to be their pastor.

My cheeks reddened. I dared not look up. How do I handle this? Fortunately, I knew an applicable Bible verse:

“A man’s wisdom gives him patience; it is to his glory to overlook an offense” (Proverbs 19:11).

When he finished, no one agreed. In fact, no one said a word. He wanted an argument. I chose not to give him one. Sometimes, it’s best to be silent.

So, I sat quietly and “took it.” I moved on to the next item on the agenda and ignored his tirade. He never attended another elder meeting.

Sometimes it’s best to be silent.

7 Keys to Remember as You Respond to Criticism

Now, what should you do when someone approaches you with criticism? Here are seven keys to remember as you respond.

1. Stop and look at the person. Criticism is serious business.

“The teaching of the wise is a fountain of life, turning a man from the snares of death.” (Proverbs 13:14)

2. Listen to what they have to say. Don’t answer too quickly.

“He who answers before listening—that is his folly and his shame.” (Proverbs 18:13)

3. Resist the temptation to defend yourself. Don’t accuse or use labels.

4. Don’t act like a fool. Don’t change the subject or joke.

“The wise in heart accept commands, but a chattering fool comes to ruin.” (Proverbs 10:8)

5. Restate what you think the critic said in your own words. Then, let them have a turn until you both agree on what the critic is actually saying.

“The wise in heart are called discerning, and pleasant words promote instruction.” (Proverbs 16:21)

“Have mercy on me, O God, according to your steadfast love. For I know my transgressions, and my sin is ever before me. Against you, and you only, have I sinned and done what is evil in your sight so you are justified in your sentence and blame us in your judgment.” (Psalm 51:1-4)

7. Evaluate carefully. If the criticism is valid, make changes accordingly. If not, ignore it.

“The simple believe everything, but the wise look where they are going.” (Proverbs 14:15)

Well, I hope that this is helpful to you.

Dr. Roger Barrier retired as senior teaching pastor from Casas Church in Tucson, Arizona. In addition to being an author and sought-after conference speaker, Roger has mentored or taught thousands of pastors, missionaries, and Christian leaders worldwide. Casas Church, where Roger served throughout his 35-year career, is a megachurch known for a well-integrated, multi-generational ministry. The value of including new generations is deeply ingrained throughout Casas to help the church move strongly right through the twenty-first century and beyond. Dr. Barrier holds degrees from Baylor University, Southwestern Baptist Theological Seminary, and Golden Gate Seminary in Greek, religion, theology, and pastoral care. His popular book, Listening to the Voice of God, published by Bethany House, is in its second printing and is available in Thai and Portuguese. His latest work is, Got Guts? Get Godly! Pray the Prayer God Guarantees to Answer, from Xulon Press. Roger can be found blogging at Preach It, Teach It, the pastoral teaching site founded with his wife, Dr. Julie Barrier.

Pastor Roger Barrier's "Ask Roger" column regularly appears at Preach It, Teach It. Every week at Crosswalk, Dr. Barrier puts nearly 40 years of experience in the pastorate to work answering questions of doctrine or practice for laypeople or giving advice on church leadership issues. Email him your questions at [email protected].

This content first appeared on Crosswalk.com and is used here with permission. To view the original visit: https://www.crosswalk.com/church/pastors-or-leadership/ask-roger/how-should-i-handle-criticism.html