And everyone assembled here will know that the Lord rescues his people, but not with sword and spear. This is the Lord’s battle, and he will give us to you. -1 Samuel 17:47

One boy saved a nation. That same boy would later lead the nation as their king. Yet this boy, the youngest in his family, had probably been picked on by all his older brothers. When chores were divided up, he got the worst one - he had to take care of the sheep. This meant that he had to sleep near the sheep to ensure that they had good food and water. He had to tend to their illnesses. He had to protect them from wild animals. This was not a job for the lazy or weak. This job made a man of him while he was still a boy.

During this time, his country, the nation of Israel, was faced with a very real enemy. An army had lined up to fight them. Their greatest soldier, who happened to be a giant, taunted them day and night. He mocked them and he mocked their God.

Not one single man stepped forward. To agree to fight this giant would surely mean death. To lose would mean that the entire nation would become slaves to their enemy. The odds to fight were too great. So, all the soldiers waited, listening to their enemy taunting them, every single day, all day long.

Then one day this shepherd boy was sent to deliver food to his older brothers who were in the army. This boy couldn’t believe his ears as he listened to this giant taunt them. So this boy stepped up to fight. 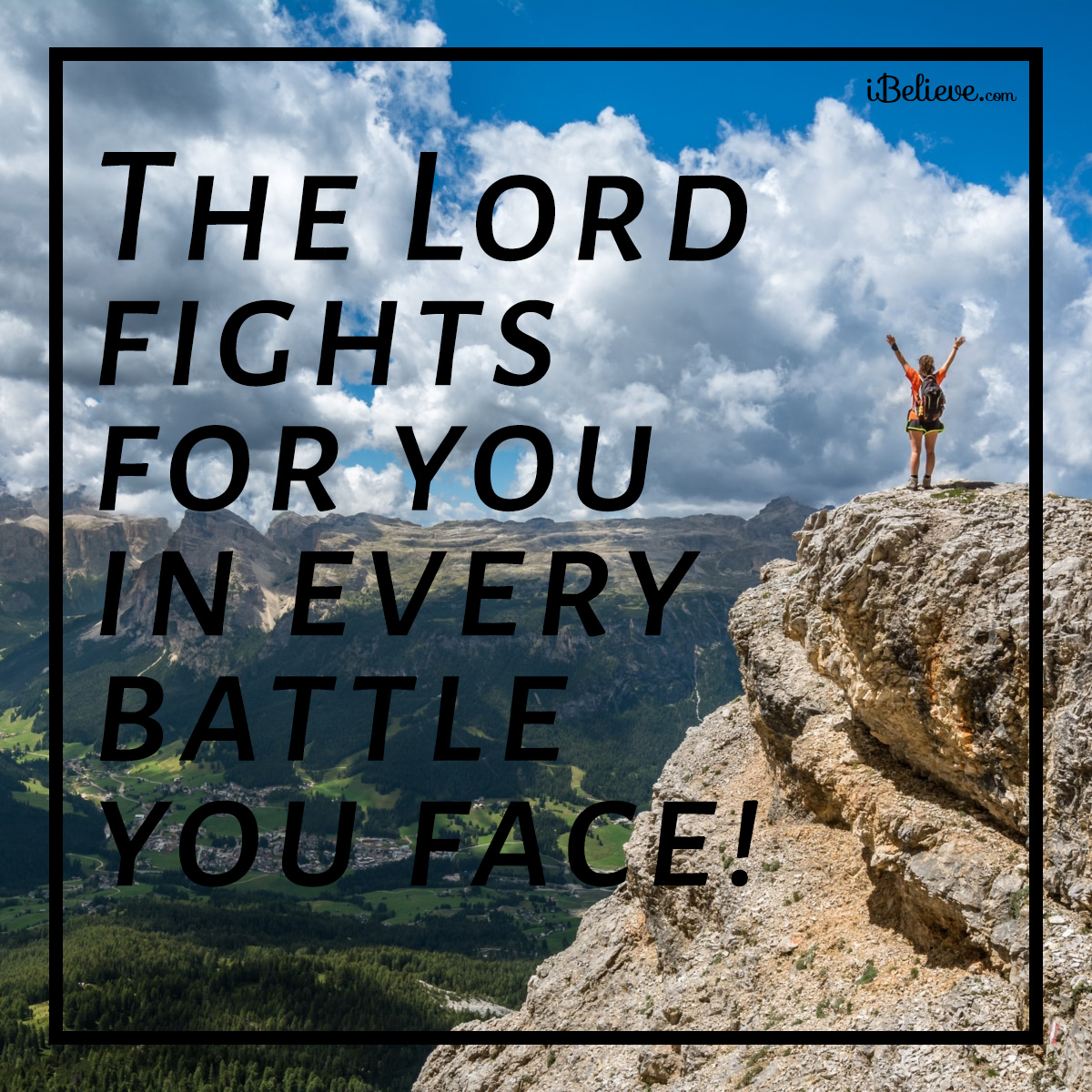 You see, while this boy spent all his days alone watching over the sheep, he spent that time singing songs of worship to God. He prayed to God, and spent many hours thinking about what God had done for him and his nation. He reminded himself of how God had helped them in the past. He knew that he could count on God and that God could count on him.

He was prepared for battle before he even got to the battlefield. He ignored his brothers telling him to go home, and he approached the king. The king eagerly outfitted him with his own sword and shield. David declined and proceeded to face an enemy with only his staff, a sling and five smooth stones. The giant mocked him as David approached him. The giant threatened to kill him and feed his body to the birds and wild animals.

But David answered him this: “Everyone assembled here will know that the Lord rescues his people, but not with sword and spear. This is the Lord’s battle, and he will give us to you.”

David put a rock into his sling, swung it and just like that the giant was dead.

This story points out some facts. All the stuff that we go through in our life, are stepping stones to us being able to endure harder things down the line. Easy is not guaranteed. I wish we could just fight our battles once and for all and then live on vacation the rest of our lives, but we can’t.

The Israelites rushed to join the battle after David killed the giant. Sometimes in life we have to be the first to flight, to lead the way. The world is looking to Christians now more than ever as they are faced with their hopeless situations.

This wasn't the last battle that David and Israel had to face. They had many battles, with many different countries for many more years. David also faced personal battles in his home life as he struggled at times. One thing remained constant throughout his life. He needed God. He worshipped God and he didn’t care who saw his dependence on God or his exuberant joy for trusting Him.

May this be an encouraging word to you. No matter what situation you are facing today, God is near you! He will rescue you! If you have given Him your life, then He is the one who is going to battle for you. Let’s keep our eyes on God through our battles. Let’s show this struggling world how great our God is. Let’s walk boldly into our battles, confident that God is with us, and that our giants will be defeated!

Tiffany Thibault enjoys living life with her husband, two teenage daughters and one very large dog. She homeschools her girls, and loves to write and speak about Jesus. She loves long walks, coffee and anything chocolate. You can find her over at www.TiffanyThibault.com.

Listen to Our FREE New Parenting Podcast! Christian Parent/Crazy World with Catherine Segars is now available on LifeAudio.com. You can listen to the first episode below: